On 16-17 July, Academic Council on the United Nations System (ACUNS) Tokyo Office, jointly with the United Nations Office in Geneva Director-General’s Office, organized a dialogue between heads of international organizations based in Geneva and East Asian scholars. As Deputy at the ACUNS Tokyo Office, I was part of the organizing committee for this big event. Today I upload part of the dialogue: the one with Deputy High Commissioner for Human Rights, held on 17 July at the Office of the High Commissioner for Human Rights. Ms. Gilmour opened up the floor for comments and interventions before making a wonderful speech. I was the first commentator. Below is my part, from the report I am drafting.

Prof. Ai Kihara-Hunt of the University of Tokyo, Japan, inquired with the Deputy High Commissioner how the UN-OHCHR is dealing the global trend of retreat of human rights, and what its strategy is in tackling the issue of globally shrinking space to speak up for human rights. In particular, the speaker asked, if there is a way of collaborating with the group, who share two common features: they are East Asians, and they are academics.

In presenting the trend of retreat, Prof. Kihara-Hunt mentioned that examples of the rise of populism need no mention among the informed participants. In more States, vindictive and xenophobic rhetoric of populism are more apparently and bluntly in the face of the general population. It is at multiple levels, from the government policies to the public’s attitude toward outsiders, and worryingly, this trend is even in the laws and regulations, through which more discrimination appears to be legitimized.

In the case of Japan, too, it appears that human rights is being pushed away from the mainstream. She questioned, in particular, if the idea and protection mechanism of human rights in Japan is appropriately presented. To give concrete examples, she referred to the public statement by the Japanese government official regarding the Special Rapporteur on Freedom of Expression. After he made critical comments about Japan’s legislation, it was ‘clarified’ that Special Rapporteur’s ‘opinion does not reflect the view of the UN as a whole’. In the government’s survey on the public awareness of human rights, the result was presented that the vast majority of the Japanese population are aware of human rights. However, the topics that they inquired were mostly on categories of persons who may face discrimination, and do not have substantive topics, such as death penalty, freedom of opinion and expression, sexual violence, ill-treatment against foreign workers, immigration. These rights and freedoms are necessary to create a democratic space with respect for everyone’s human rights.

She questioned how OHCHR is tackling the now seemingly a general trend of lessened respect for human rights. She asked ways for East Asian scholars to contribute to the endeavor of regaining space for human rights. 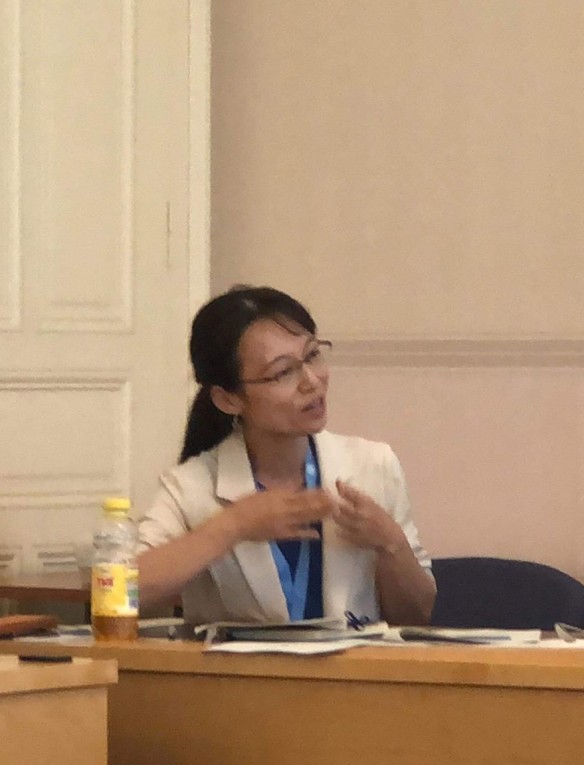